Junius B. Dotson Institute for Music and Worship in the Black Church & Beyond

For there is still a vision for the appointed time; the vision speaks and does not lie. If it seems to tarry, wait for it, it will surely come, it will not delay. (Hab. 2:2-3)

Founded in 2022, in partnership with Discipleship Ministries of The United Methodist Church, the Junius B. Dotson Institute for Music and Worship in the Black Church and Beyond (JBDI), a one-of-a-kind global Institute that provides training in the sacred musics of Africana church traditions and beyond for musicians and worship leaders.

The Institute has a four-fold purpose:

The Institute’s initial efforts will focus on professional development for practitioners who have experienced limited or no formal training in the areas of sacred music and worship unique to the Black church. In the spirit of the former Methodist Circuit Riders, the Institute will be itinerant, holding events and trainings around the country to reach churches, musicians, and choral leaders who cannot easily come to the Chicago area.

Writer & Biblical Scholar
Something Within

Founder and Director
Junius B. Dotson Institute for Music and Worship in the Black Church and Beyond

Director
The Center for Congregational Song, The Hymn Society

Assistant Chair of the Piano Department
Berklee College of Music

Rev. Dr. Cynthia A. Wilson is an ordained deacon in The United Methodist Church serving as the founder and Director of the Junius B. Dotson Institute for Music and Worship in the Black Church and Beyond. A talented vocalist, Dr. Wilson has participated as a solo artist, choral conductor, academician, preacher and clinician across 6 continents. She is a Grammy nominee and was noted the “Best Female Vocalist” at the Gospel Choice Awards. Dr. Wilson was invited to join the National Task Force (1979) that produced the Songs of Zion, and Co-Chaired the task force that produced its sequel (2007), Zion Still Sings! For Every Generation with the late Dr. William B. McClain. 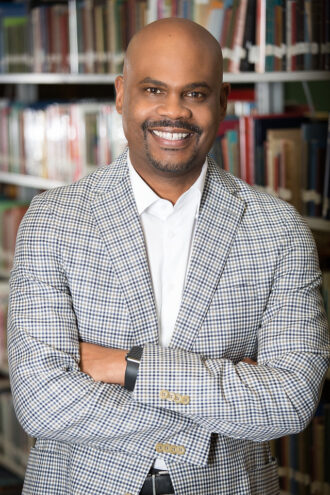 About Junius B. Dotson

The Junius B. Dotson Institute for Music and Worship in the Black Church and Beyond was is named in honor of the late clergyman and denominational leader, the Rev. Junius B. Dotson, a nationally recognized speaker and author on evangelism and church revitalization.

A nationally recognized leader, speaker, and author, the Rev. Junius B. Dotson is the General Secretary (chief executive officer) of Discipleship Ministries, an international agency of The United Methodist Church, an organization with a staff of more than 130. Dotson was elected General Secretary in 2016.

Under Dotson’s leadership, Discipleship Ministries has worked toward having the 11-million-member denomination ensure every congregation has an intentional discipleship system, engages with people currently outside the church, and cultivates local (contextual) resources around the globe.

Rev. Dotson is the author of Soul Reset: Breakdown, Breakthrough, and the Journey to Wholeness (Upper Room Books). Released to national acclaim, the book is a 6-week study for everyone who moves at breakneck speed through daily life.

Rev. Dotson served on a team of 16 global United Methodist leaders, across a wide theological spectrum, toward a proposal that would preserve The United Methodist Church while allowing traditionalist-minded congregations to form a new denomination. The proposal was reached with the help of famed mediator Kenneth Feinberg, who worked on the federal September 11th Victim Compensation Fund.

Rev. Dotson is also the author of Developing an Intentional Discipleship System: A Guide for Congregations and Engaging Your Community: A Guide to Seeing All the People. Both resources help congregations look beyond their walls, acknowledging that God calls us to have “meaningful relationships in authentic, organic and consistent ways.”

As a leader who responds to challenges and opportunities in new and creative ways, Rev. Dotson believes that effective ministry is about training, developing, and empowering leaders to establish ministries that address the needs of the whole person – body, mind, and spirit.

His current 90-second daily radio series, “See All The People”, is featured on more than 40 stations across the U.S. His ministry has been featured in The Tennessean, The San Jose Mercury News, The San Francisco Examiner, The Sacramento Bee, The Wichita Eagle, religious journals and segments on CBS Radio’s “The Osgood File,” as well as on ABC, NBC and CBS affiliates in San Francisco, San Jose and Wichita.

Prior to his present position, Rev. Dotson was Senior Pastor of Saint Mark United Methodist Church in Wichita, Kansas, where he was instrumental in transforming the 3,500-member church into a multi-campus congregation.

In 1996, Rev. Dotson responded to the challenge of planting Genesis United Methodist Church, a new and innovative church in the Silicon Valley of California, which grew into a diverse faith community of nearly 500 people.

Rev. Dotson received his undergraduate degree in political science, with a concentration in economics, at the University of Texas at Arlington. While attending UT-Arlington, he was president of the local chapter of Alpha Phi Alpha, the nation’s oldest African-American fraternity.  Rev. Dotson began his graduate work at Perkins School of Theology at Southern Methodist University in Dallas, Texas, and earned his Master of Divinity degree from the Pacific School of Religion in Berkeley, California. He was ordained in June 1992.