Leading Vibrant Congregations: A Collaboration of Faith and Finance

We are convinced pastoral leadership skills that include financial literacy and understanding are critical to the vitality of a congregation’s ministry.

Garrett-Evangelical understands how important it is for pastors to be financially literate and have the business skills they need to address the challenges congregations face today. To that end, with financial support from Lilly Endowment and in partnership with The Kellogg School of Management’s Center for Nonprofit Management, Garrett-Evangelical proposes a progressive and far-reaching program to equip pastors to be competent in financial affairs to become more effective leaders in their congregations and communities.

In order to pastor vibrant congregations, clergy must be able to work with their members to make sound business decisions in the context of their church’s vision and mission. Too often, clergy and their congregations discover that they are not thinking theologically about financial matters and that their financial commitments are not aligned with their ongoing mission, thus undermining their missional and strategic goals.

The progression of the program at Garett-Evangelical is to move from equipping pastors to be competent in financial affairs, to helping pastors become more effective leaders in their congregations, to supporting pastors in becoming change agents for their denominations and communities, and finally to providing scholarly material to help replicate this work in the academy and church.

Components of the Program:

Dr. Brent Waters​ is the Jerre L. and Mary Joy Professor of Christian Social Ethics, and director of the Jerre L. and Mary Joy Stead Center for Ethics and Values at Garrett-Evangelical Theological Seminary. He is the author of ​Just Capitalism: A Christian Ethic of Globalization​, ​Christian Moral Theology in the Emerging Technoculture: From Posthuman Back to Human,​ ​This Mortal Flesh: Incarnation and Bioethics​, ​The Family in Christian Social and Political Thought​, ​From Human to Posthuman: Christian Theology and Technology in a Postmodern World​, Reproductive Technology: Towards a Theology of Procreative Stewardship,​ ​Dying and Death: A Resource for Christian Reflection​, and ​Pastoral Genetics: Theology and Care at the Beginning of Life ​(with co-author Ronald Cole-Turner), and editor of ​The Authority of the Gospel: Explorations in Moral and Political Theology in Honor of Oliver O’Donovan​ (with co-editor Robert Song), ​Christology and Ethics​ (with co-editor F. LeRon Shults), and ​God and the Embryo: Religious Voices on Stem Cells and Cloning​ (with co-editor Ronald Cole-Turner), as well as other numerous articles and book reviews. Waters has served previously as the director of the Center for Business, Religion, and Public Life, Pittsburgh Theological Seminary and the Omer E. Robbins chaplain to the University and director of the Jameson Center for the Study of Religion and Ethics, University of Redlands. He received a bachelor of arts from the University of Redlands, a master of divinity and doctor of ministry from the School of Theology at Claremont, and a doctor of philosophy from the University of Oxford.

Rev. Katye Chambers ​is the director of vocational networking at Garrett-Evangelical Theological Seminary. She received her master of divinity from Garrett-Evangelical and is an ordained deacon in the Arkansas Conference of The United Methodist Church, where she served for five years as a youth minister. She also received a certificate in ecumenical studies from the Ecumenical Institute at Bossey and has a BFA in dance performance and a BA in religious studies from Southern Methodist University. 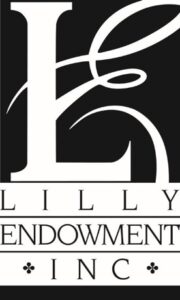 Lilly Endowment Inc. is an Indianapolis-based private philanthropic foundation created in 1937 by three members of the Lilly family – J.K. Lilly Sr. and sons J.K. Jr. and Eli – through gifts of stock in their pharmaceutical business, Eli Lilly & Company. The Endowment exists to support the causes of religion, education and community development. Lilly Endowment’s religion grant-making is designed to deepen and enrich the religious lives of American Christians. It does this largely through initiatives to enhance and sustain the quality of ministry in American congregations and parishes. More information can be found at www.lillyendowment.org.